JoyWood: An Alternative Light at the end of the Depression Tunnel? 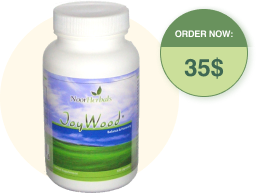 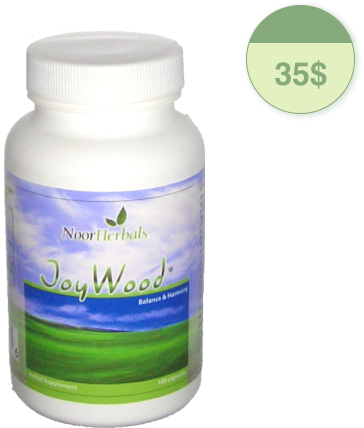 You may be suffering from depressed mood if you experience at least four of the following symptoms for at least two weeks::

An Improvement of an Old Favorite: JoyWood

JoyWood has been created as an alternative, and an improvement, to St. John's Wort to get relief from mild to moderate depressive symptoms. Major constituent of JoyWood  is Artemisia absinthium, commonly known  as wormwood. An alcoholic extract of it was actually used in the 17th century by some of Europe's greatest artists and intellectuals "inspire their thoughts" and restore their creative passions.

In clinical studies, JoyWood proved to be more effective with higher acceptance rate than St. John's Wort, and that depression associated  with anxiety and environmental stress responded better to JoyWood. JoyWood's antidepressant activity is most probably based on its antiviral properties.

There is an increasing evidence that a virus (called the "Borna Virus") may be the cause of some common depressive disorders . Almost 20-30% of the population is infected with this virus, and this percentage corresponds to the prevailance of depression in general population. Other types of viruses such Eppstein Barr virus and hepatitis virus may also contribute to depressive disorders. It is believed that the virus probably attacks the axons of peripheral nerves, as well as the central nervous system. The virus then reaches the lymbic as well as the hypothalamic regions, where it distorts Neurotransmission. Ultimately, this distortion adversely affects the natural equilibrium of the nervous system resulting in symptoms of depression. JoyWood's proven antiviral properties are apparently able to target this virus and diminish its impact.

No Know Side Effects

Yet what makes people excited, and indeed optimistic about overcoming depression, is that there are no known adverse side effects associated with JoyWood and it is completely devoid of any disturbing sedative effect which usually accompanies many antidepressants.

If you are not satisfied for any reason, we will refund you the purchase price up to 60 days after your order for the first 2 bottles you purchased with us. A simple email suffices. No fine print, no hidden clauses.

Note: JOYWOOD, like St. John's wort, should not be used in severe psychotic, paranoid forms of depression, for example when suicidal thoughts are present. It should never be replaced or taken instead of an antidepressant already being taken, as prescribed by a physician. Any other medication prescribed by a physician should not be stopped and replaced by JoyWood. Remember JoyWood is not a cure for depression, but can aid significantly in reducing the symptoms associated with depression.

"Hi, I just wanted to say Thank You for sending me the JoyWood. It is fantastic! Scratch that; it's truly been a life-saver. I plan on ordering more soon. It is simply the best antidepressant I've ever taken...pharmaceutical, herbal, or otherwise. I have switched from St. John's Wort to JoyWood for good. St. John's wort isn't bad. This stuff is just much better! I am very sensitive to my environment, and JoyWood has really helped me a lot. I have complete confidence in this product now! It has once again restored my appreciation for life.  So, Thank You again from the bottom of my heart.